Is it possible for women to become priests? The answer is yes when it comes to the Church of England.

On Friday 9th March 2018, Café Politique hosted an event on women priests in the Church of England. The idea behind the event was to explore women’s empowerment and involvement in areas traditionally dominated by men. Additionally, the seminar offered a great opportunity for students with different backgrounds to get to know more about the Church of England and the British culture.

The event kicked off with Mr Alex Fry, PhD Student in the Department of Theology & Religion and Pastoral Tutor of St John’s College. Mr Fry discussed the particular circumstances that ‘allowed’ for this development in the Church of England: Henry VIII of England and the series of events in the 16th Century that led to the English Reformation (separation of the Church of England from the Roman Catholic Church); the rise in the number of English protestants; the mix of Evangelicals and Catholics, as well as other important cultural and key social changes. It is true that after the two world wars, women in the absence of men started doing jobs traditionally held by men. This way, women’s autonomy outside the household was increased. 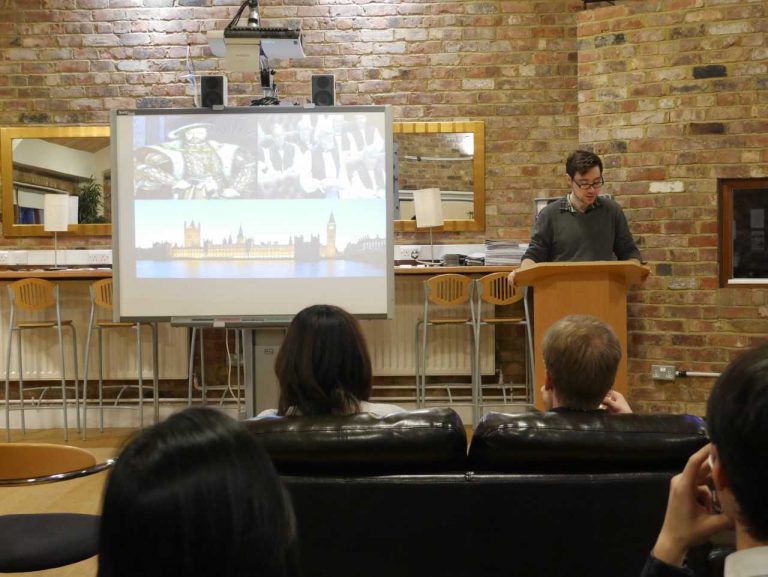 After presenting these historical facts, Mr Fry then continued with his own research, namely why some male clergy reject the validity of women’s ordination in the Church of England. After explaining his research method, he shared with us some of the comments made by male clergy. Most of the comments were around the differences between men and women and that there is a God-given order that men do some things better than women and vice versa.

Then the baton was handed over to Revd Lindsey Goodhew, Associate Minister and Student Worker in St Nicholas Church, Durham. Revd Goodhew was trained at Cranmer Hall at St John’s College, served as deacon in 1993 and was ordained priest in July 1994. She was present at the event to share with us her first-hand experience as a female ordained priest. 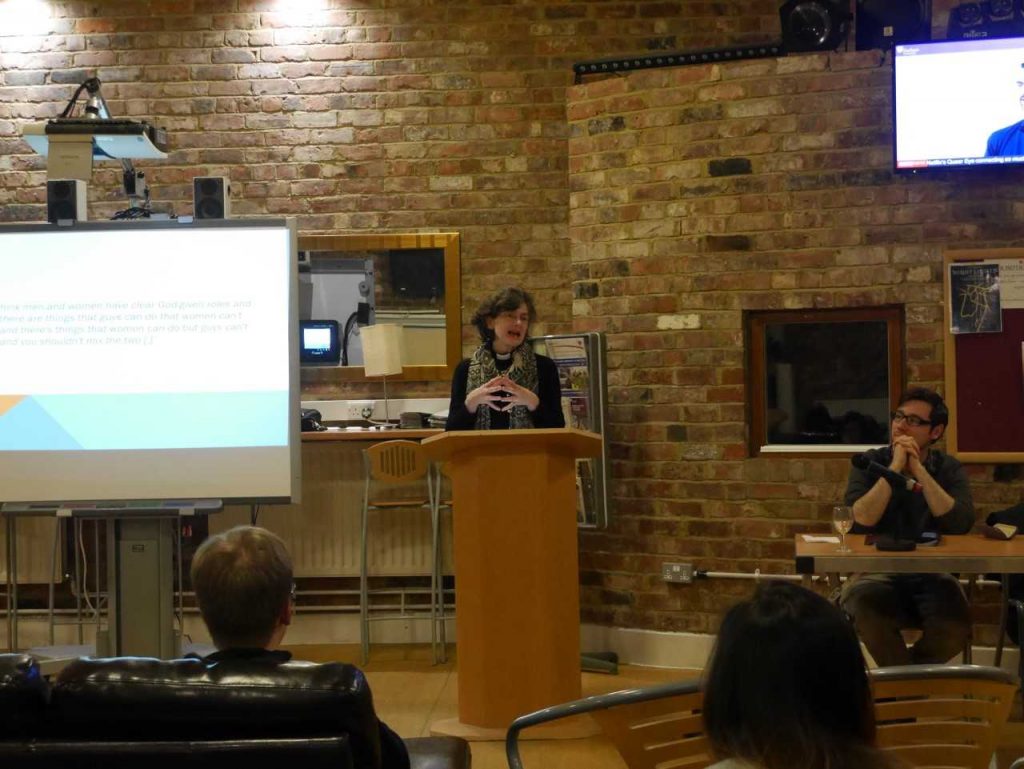 When Revd Goodhew began her training, women were not allowed to be priests, so she started without knowing if she would end up as a deacon or priest. However, after being ordained, she started her work in Bristol, then Cambridge and York and the last 9 years in St Nicholas Church, Durham, mentoring students. During these years of practice, she has not faced some of the challenges and prejudice some other female priests have faced and her experience has been overall very positive. The different treatment she faced at the beginning of her vocation to the priesthood had to do more with her age than her gender, as she was very young when ordained and had to deal with some paternalistic behaviour from a number of men.

Nonetheless, what was more challenging for Revd Goodhew is the fact that both she and her husband are priests. The difficulty consists in the fact that priests need to be free whenever possible, as there is still a (very) male model of ministry that is based on a male priest having someone back home doing everything so that they are free to fulfil their call 24/7.

The event ended after the floor was opened for the Q&A session. Through a lively interaction between the two speakers and the audience, some of the main issues discussed were the role of the figure of Mary in the Anglo-Catholic culture and whether this shows a general attitude towards women, the possibility of inter-faith discussion about women in leading roles within religion, the text of the Bible and whether it serves as a basis for the distinct role of women and men, etc.

Special thanks to Mr Alex Fry and Revd Lindsey Goodhew for their kind participation and to everyone who attended the seminar.