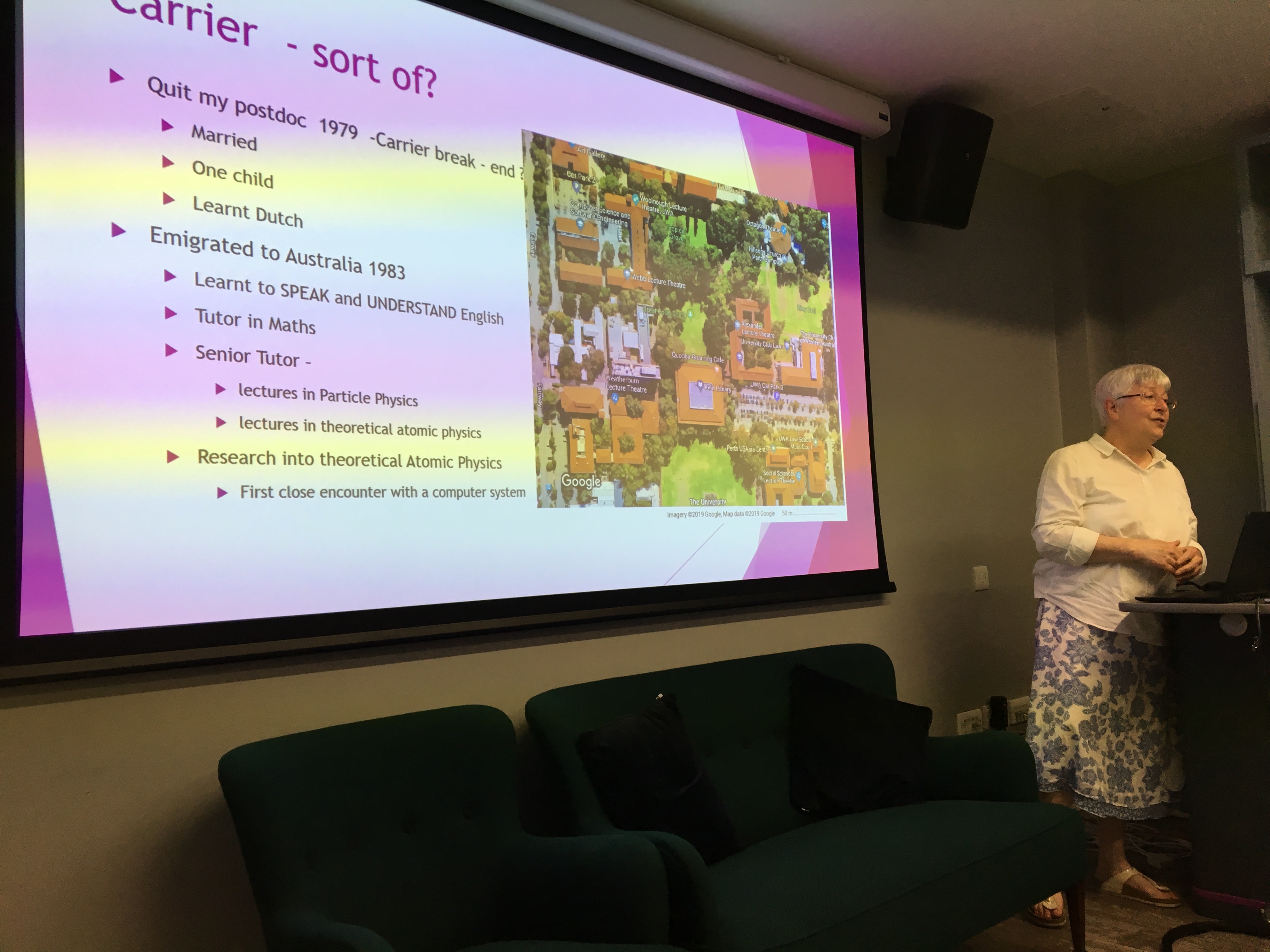 After the first successful edition of the life of a researcher, this time other four well-known researchers decided to join the café scientifique team to discuss what it means to undertake an academic career as a woman. First talk was by Ruth Gregory, a famous mathematician and recipient of the Maxwell Medal and Prize, just like Stephen Hawking. The audience was astonished when she showed us the picture of her at the University sitting next to Stephen, still unaware of the future that awaited her. Then it was the time of Lydia Heck, physician and computer manager. With the true grit of the navy pilot she told us about her interesting story, her staying in Australia and the way she managed to have both an amazing family and a brilliant career. Now she is responsible of the 114th most powerful computer in the world (located in Durham, by the way!). Next was Alexandra Cristea, famous computer scientist, which illustrated us some application of machine learning and artificial intelligence that can be applied to revolutionize the way of teaching at school. Finally, Azi Fattahi, our youngest little star and astrophysicist explained us what it means to simulate the universe using Lydia’s powerful supercomputers! After the talks, a great and constructive discussion followed about the role of women in science. It was a great, inspirational and motivational moment where everybody was able to share their opinion about how to improve this, sometimes weird, world.