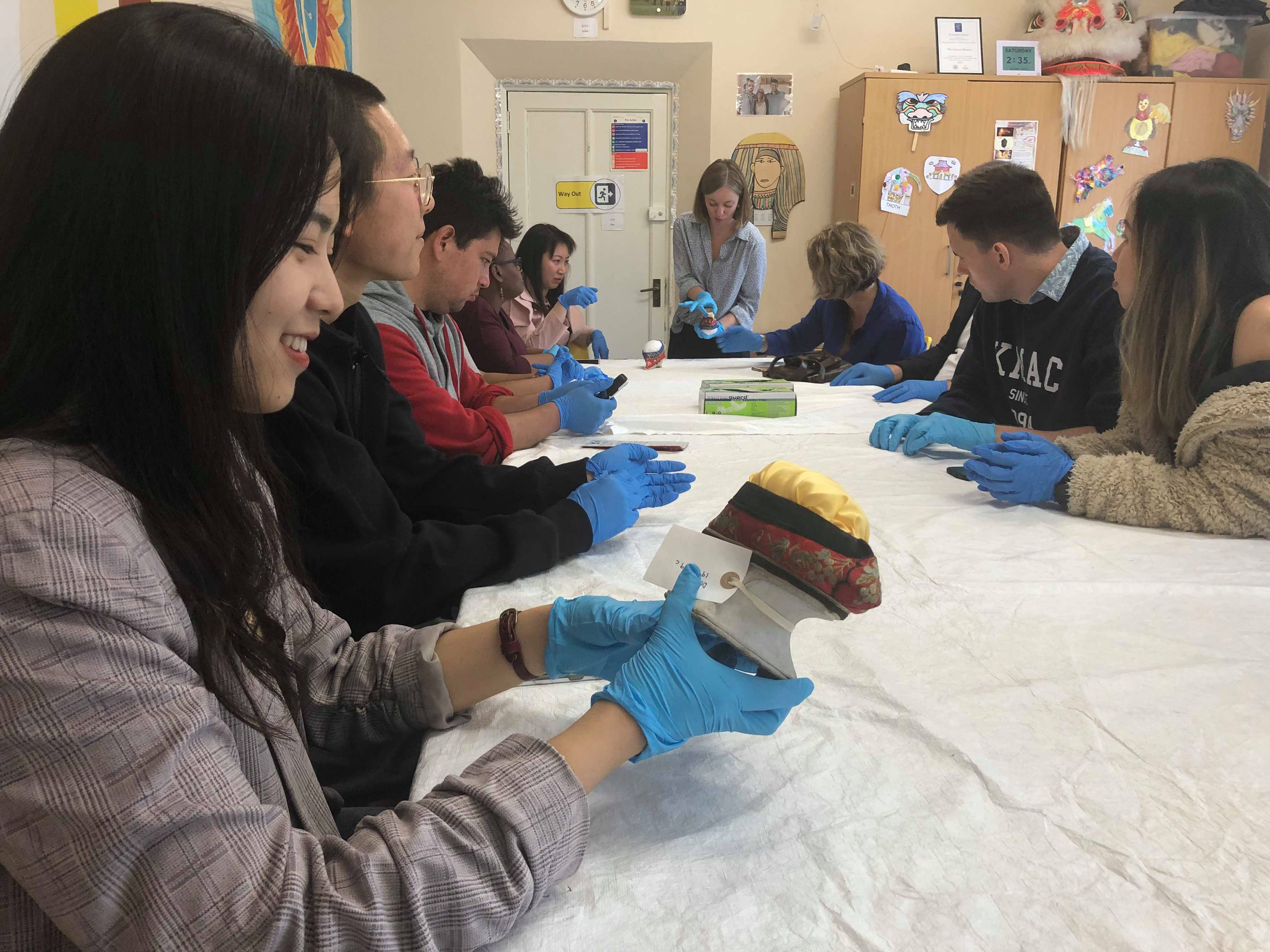 Due to the vast collection of artefacts that our local Oriental Museum holds in storage, it is impossible to see all that there is to see in a single trip. Hence it is customary for the UIF to organise multiple museum visits in an academic year, drawing out previously unseen objects according to a particular theme. Our second visit this year focused on Power; something that created and destroyed dynasties, controlled the dissemination of ideas and thoughts, and dictated the way of life for most (particularly women). The event began with a quick trip around the cultural galleries of the museum, with special attention being given to objects that portrayed power in some form. This included a special hood made for hawks that were owned by the rich, a small yet powerful Egyptian mace that would be used for ceremonial purposes, and an example of Japanese block prints that could include subtle messages with hidden meanings to avoid being censored and rejected by the government at the time. One could have easily gotten lost in time looking at the museum’s collection, so it was important to hold a quick tea break before getting on to the part that makes every UIF trip to the museum special; personally handling some of the museum’s artefacts!

Previous
Next
The attendees and members of UIF were not at all disappointed. We were treated to objects from all parts of Asia: from a jade block that would have been used as a seal of approval for official documents, to miniature paintings that Mughal rulers in India created to reinforce their authority, to incredibly small shoes that were meant for Chinese women binding their feet in conformance to societal fashion and control. Through these objects we were introduced to the various manners in which the rich powerful would assert their authority; one particular notable example being the ‘Shabti’; miniature statues that Egyptians would have placed in their tombs in order to serve them in the afterlife. Attendees could not believe that they were handling objects from over thousands of years ago! Perhaps the highlight of this session (and the part that most everyone was excited for) came from the opportunity to examine an original Japanese samurai sword, a symbol of martial authority. With its hilt wrapped in the pebbled leather skin from a stingray and the metal of the sword blade displaying a wavy pattern resulting from it’s original forging, it was without a doubt one of the most photographed pieces from the afternoon. All in all, the UIF and the Oriental Museum finished the day with another successful museum event, providing both students and locals some insight into what life was like in times, places, and cultures far removed from Durham.