It was a freezing night in December but the cold was not enough to stop the intrepid members of the Café Scientifique team and over 30 followers who decided to go and admire the amazing shiny “Stars of Durham”. The cloudy and rainy weather of the held off, leaving clear and dark skies as the adventurous students walked towards the nearby old observatory to unveil the secrets of the universe. Captained by our expert physicists and astronomers, Ross Knapman, David Tune and Giorgio Manzoni, and aided by their professional 8 x 40 inch Newtonian telescope, we observed four astronomical objects that can be observed only during the winter sky. 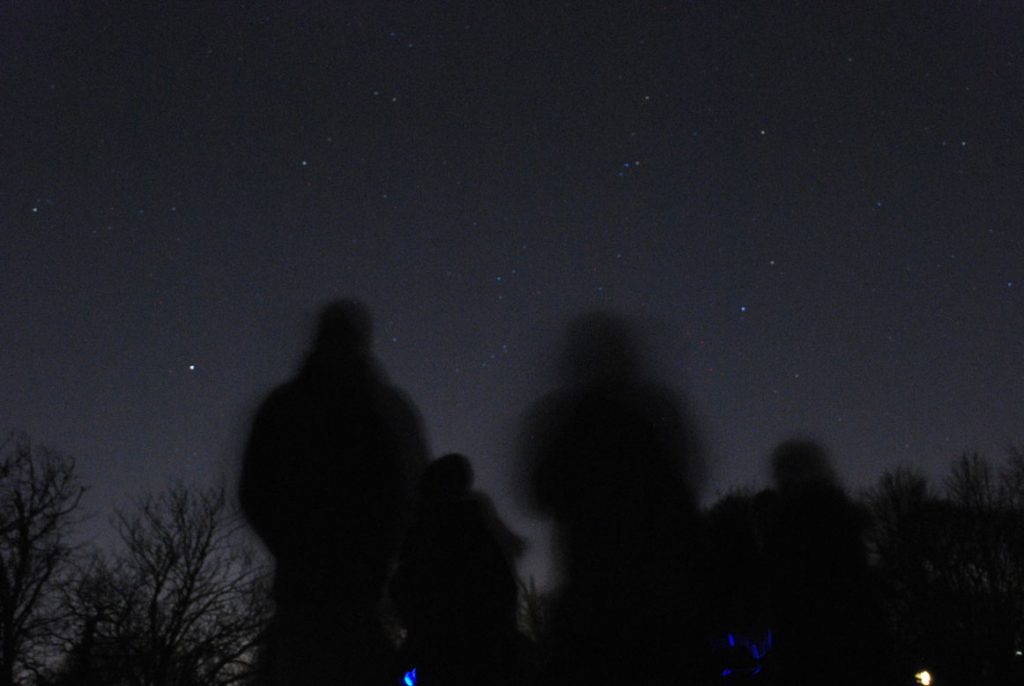 First, the Pleiades (M45), an open cluster of stars 443 light years far from us. Without a telescope it appears like a smooth cloud made of stars in the Taurus constellation but with a telescope we were able to distinguish the gas from which new extremely bright stars are currently forming. Then the Orion nebula arose from the horizon, making it possible for us to observe another bunch of very young stars enlightening the hydrogen gas surrounding them like a mother embracing her baby. The third object was really peculiar as it is produced by the end of life of a not that massive red giant star. It is a planetary nebula (nothing to do with planets…), the so-called Ring Nebula (M57), a ring of gas expanding from the remnant of the star that lay in the centre as a white dwarf, an object that does not collapse into a black hole just because of quantum effects (i.e. electron degeneracy pressure). Although this object is quite far from us (2,223 light years) it still belongs to our Galaxy. However, for the last one we decided to exit our Milky Way and observe an object that orbits around the Galaxy at a distance of 22,180 light years: M13. This is a globular cluster in Hercules’ constellation made of very old stars.

Finally succumbing to the chill of the winter, we headed back to the Sheraton Park Community Room for hot chocolate and cake, as we relaxed and warmed our toes. We look forward to seeing you all again soon! 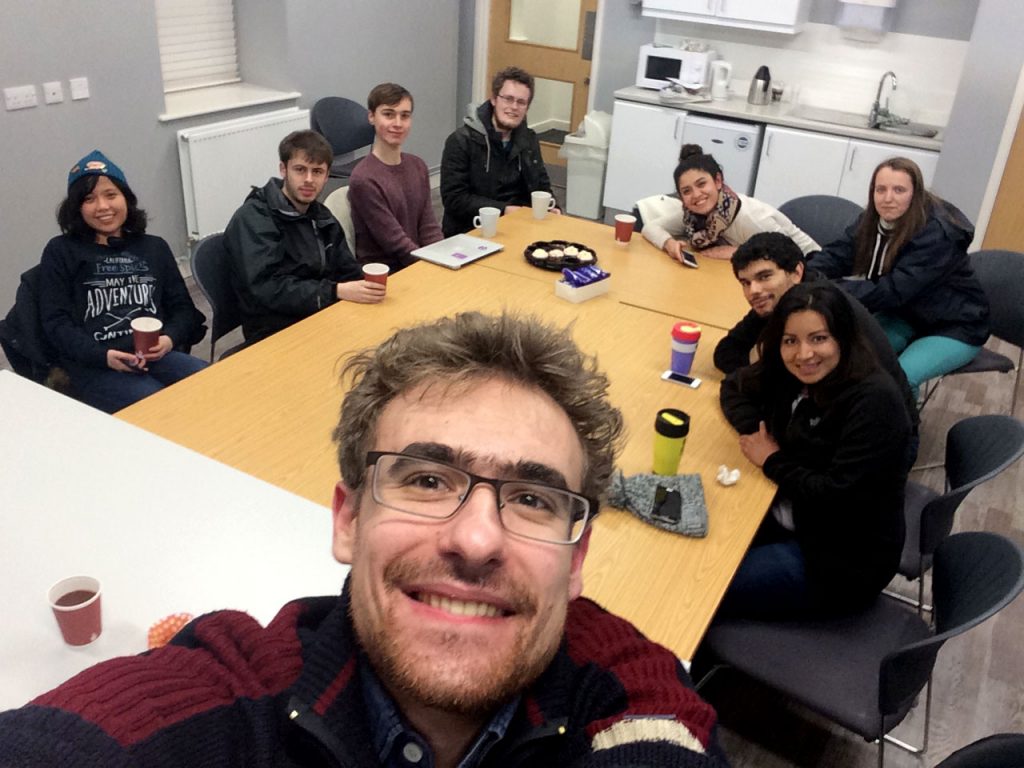