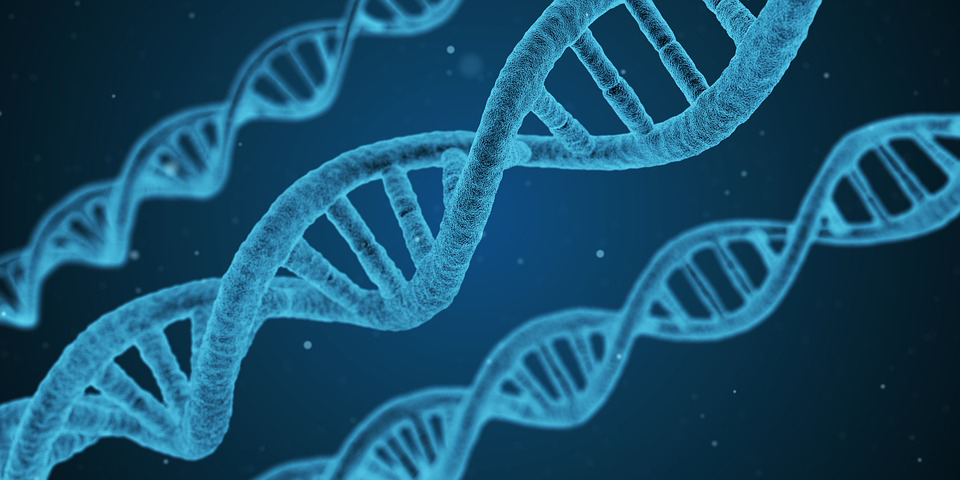 ‘Have you heard of Dawkins’ The Selfish Gene?’ ‘Do you want to know more about replicators, vehicles, memes and the so-called ‘genes-eye view’ of evolution?’ Since its advertising, this event looked very promising. But we were even more amazed by the presentation and explanation given by Dr Duncan Stibbard Hawkes!

We invited Dr Stibbard Hawkes, from the Anthropology Department of Durham University, to talk about Richard Dawkins’ book The Selfish Gene written in 1976. Dr Stibbard Hawkes started with Darwin’s theory of evolution, natural selection and its three rules: replication/reproduction, differential reproduction and mutation. To do this, our speaker used an amusing representation of how organisms replicate themselves; choosing M&Ms to illustrate this was indeed amusing and got the participants’ attention and a few giggles. 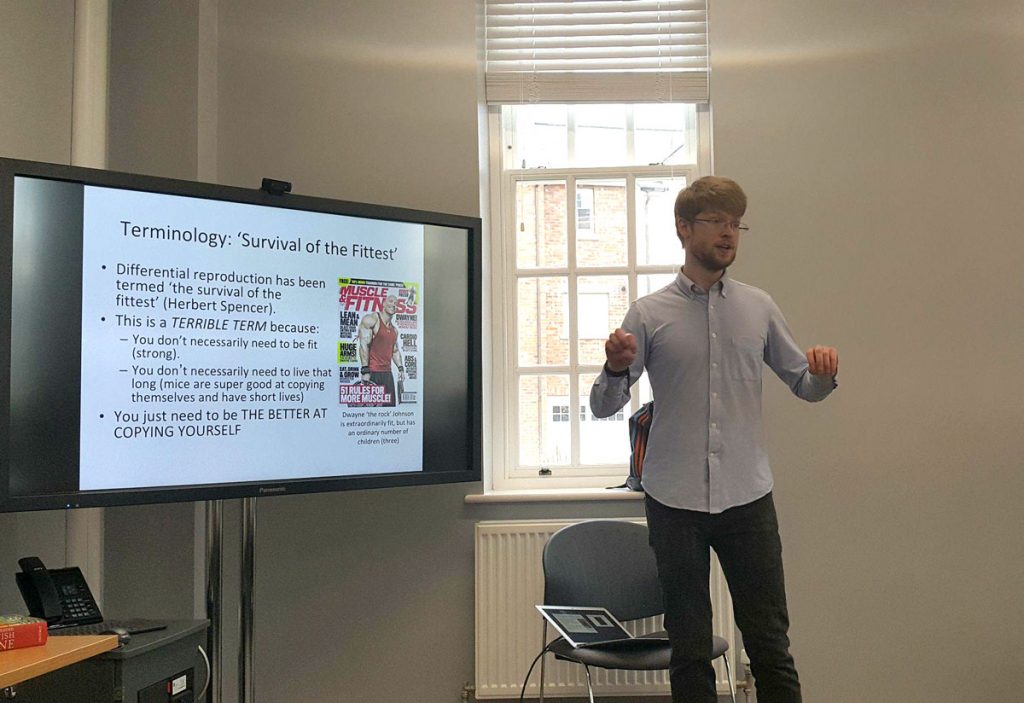 However, much of this has been said before Dawkins. So, what was his contribution to the field? Dawkins used the gene as the smallest unit as opposed to organisms and this is why he called his approach a ‘gene’s-eye view of evolution’. But why ‘selfish’? Dawkins’ later regretted using this term, as most people associate it with the human behaviour of being selfish. However, what Dawkins meant was that genes endeavour to replicate themselves and hence, figuratively, are selfish. Genes are immortal, while organisms can ‘die’. This is also related to the survival of the fittest, meaning, in simple terms, those that are better in copying themselves. In fact, according to Dawkins, genes are often rather more cooperative than they are selfish as, using Dawkins’ ‘rowing’ analogy, they cooperate like rowers in a boat. Actually, it is when genes don’t work together that anomalies, such as cancer, take place. Also, his book The Selfish Gene is very popular, because for the first time someone used common language to describe evolution, addressed to a non-specialist audience.

Continuing with the theory of evolution, Dr Stibbard Hawkes explained that with replicators in asexual reproduction the whole genome recombines, and the disadvantage is that if a mistake or a ‘mutation’ occurs all the future generations are stuck with the same mistake. This could be very serious, as the genome, a result of asexual reproduction, can accumulate deleterious genes in an irreversible manner (‘Muller’s ratchet’). On the other hand, in sexual reproduction the gene becomes separable from the genome and the advantage is half of the future generations can escape from deleterious genes. Human beings are diploid organisms (they have two sets of homogenous chromosomes) and have haploid sex cells that are recombined to create a new one. 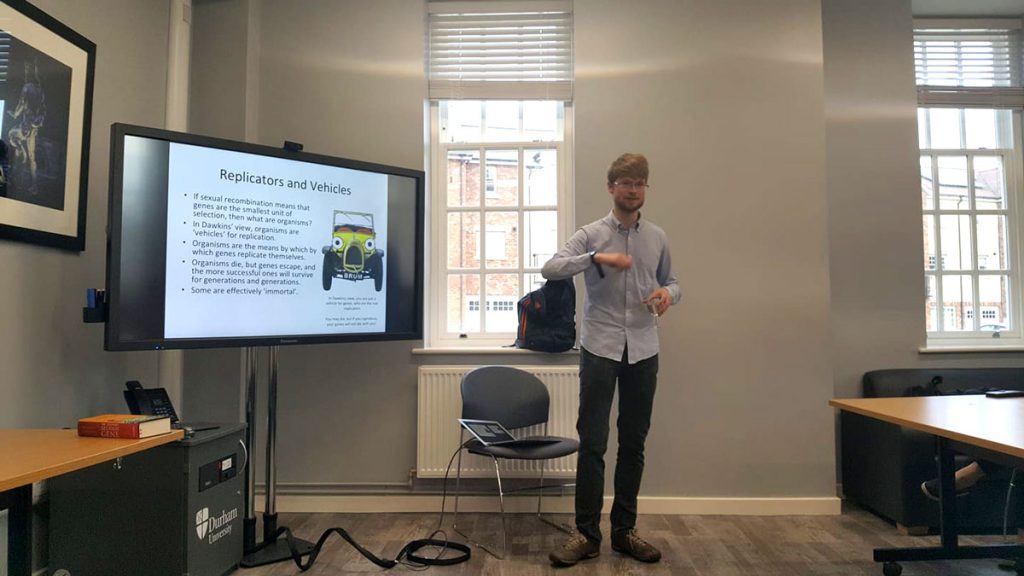 Finally, our speaker talked about the concept of the meme (yes, a meme as we all know it and use it in social media). It was Dawkins that first used the term ‘meme’ in The Selfish Gene. There are some replications that cannot be explained, and Dawkins uses the term ‘meme’, using the metaphor of a virus, as anything that has the ability to convey from one person to another with an attempt of copying itself accurately. Memes, as opposed to what we saw before, spread through the behaviour they generate.

After the presentation, some of the questions posed were related to demographic transition, mutation and whether it can be seen as a good thing, Neanderthals, and gene editing techniques. Most importantly, there was a clarification that we shouldn’t refer to genes as superior or inferior, but rather as better or worse at copying themselves in particular environments.

Special thanks to Dr Duncan Stibbard Hawkes for his kind presentation and to everyone who attended the seminar.