In view of the recent rise of right-wing populism in the West, the GCP will screen a documentary featuring the contemporary debate about political correctness. In this documentary, the presenter (Trevor Phillips) will take us through different perspectives of the dynamic interaction between the fine line of political correctness and freedom of expression – through recent political events as well as recent social phenomena such as internet hate crime.

Philips argues that fear of offending minorities has stifled legitimate debate over controversial socio-political issues, stating that this has backfired for Western Liberals and led to recent political earthquakes such as the Brexit vote and Donald Trump’s presidency.

The documentary screening will be featured alongside a discussion where certain research questions will be discussed. For example, a central one exploring the link between changing social narratives on political correctness, consequent alienation of certain demographics of the electorate and changes in their traditional voting patterns.

Join us at Sheraton Seminar Room on 28th November at 7pm to explore the arguments behind a very current global political and societal debate and to have a casual debate about it, along with some refreshments and nibbles of course! 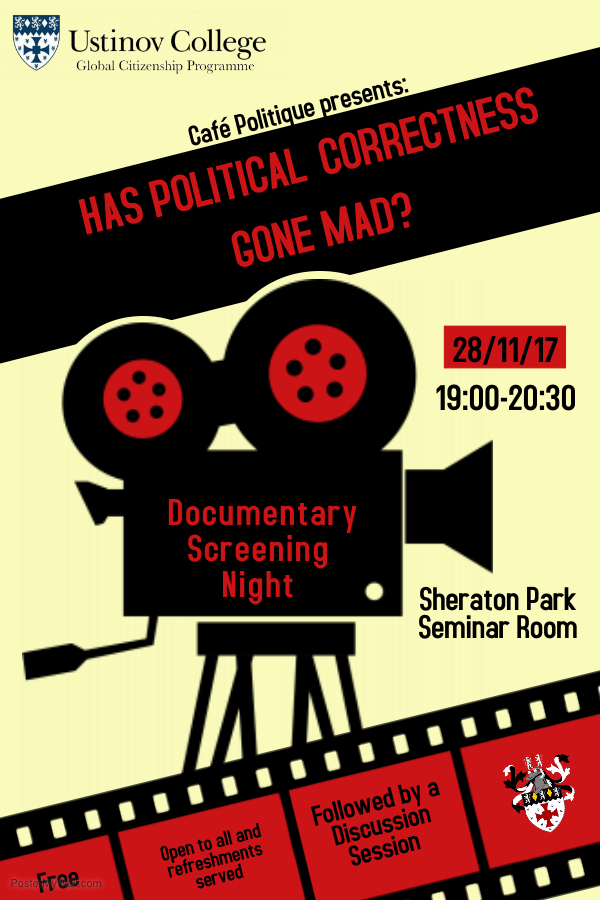