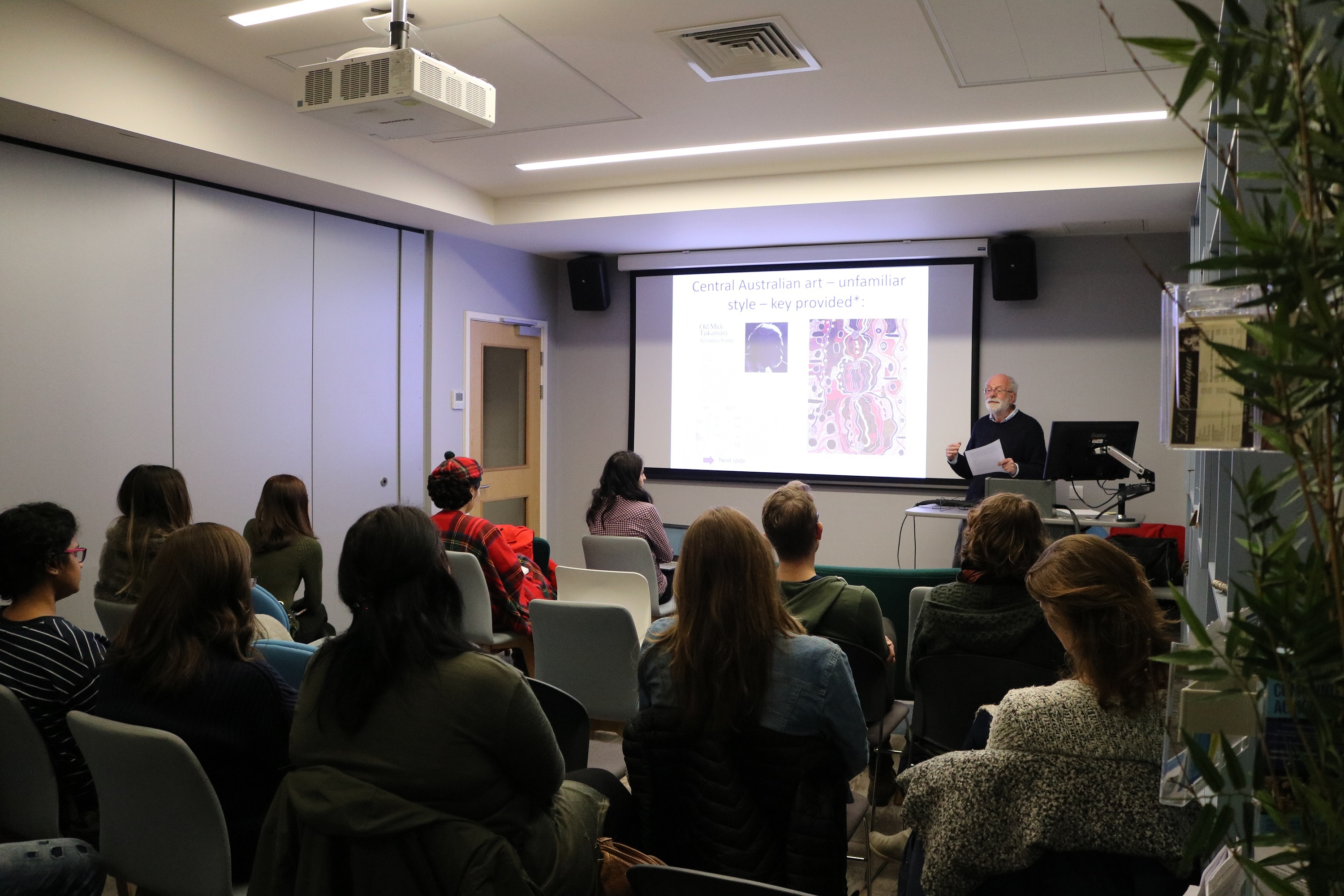 At first sight artistic copyright and land rights do not seem to be closely connected. However, this is not true in Aboriginal Australia, where the two are tied together with the general rights movement of indigenous Australians. The West has historically tried to impose its ideas, lifestyle, values and laws into other civilizations, which is of great significance to the Global Citizenship notion, as it clashes with the idea that different cultures should co-exist in harmony.
On Thursday 24th January, the Seminar Team invited Professor Robert Layton from the Anthropology Department of Durham University to give a talk on artistic copyright and land rights in Aboriginal Australia. The speaker started by explaining the traditional social organisation within the indigenous population and the differences in aboriginal imagery depending on the territory of each clan. Emphasis was placed on selling indigenous artistic artefacts in the 70s as a means for independence from the Australian government. To quote the speaker, ‘they were using money to buy their freedom’. Although there was an initial attempt to educate colonists about the significance and meaning of the symbols, there was a cost for this commercialisation. There was an exposure of secret ritual elements, which were quickly removed from the artefacts, and the imagery was used commercially without the payment of the artists, fact that led to many copyright court cases (e.g., David Malangi’s dollar case and the Bullen-Bullen case). 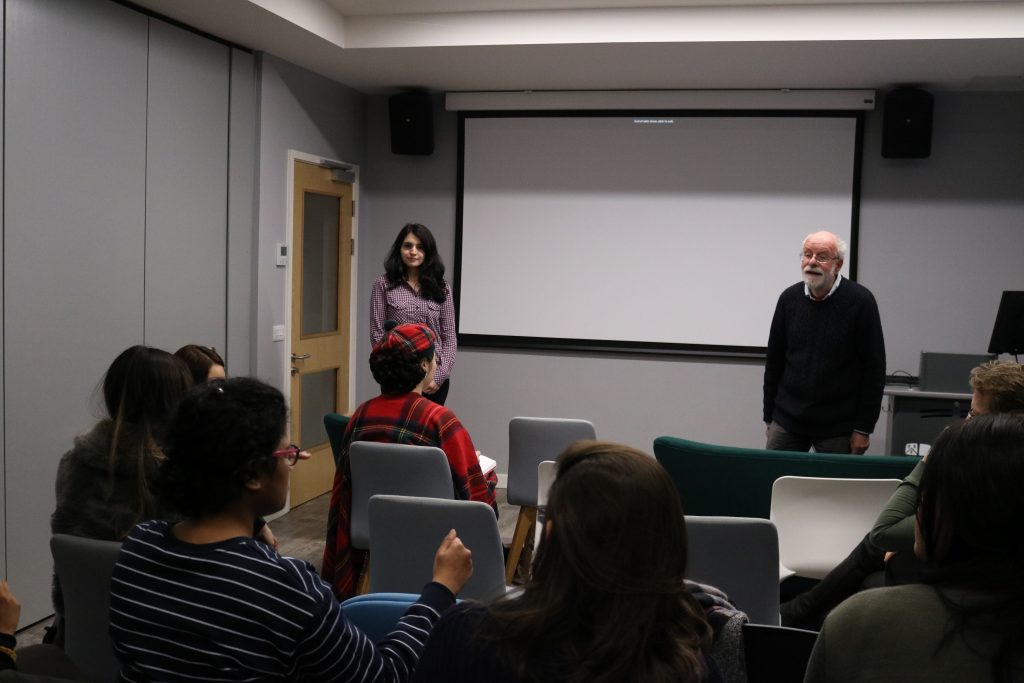 Professor Layton continued with the land rights movement. The connection between artistic imagery and land rights can be seen clearly through the Yirrkala bark petition. Known as the magna carta for aboriginal people, it was a petition presented to the Australian parliament calling for recognition of Aboriginal land rights. The peculiarity of the Yirrkala petition lies in the fact that the emblems of the affected clans were painted around the margin of the petition. This was an attempt again to find a common understanding between the aboriginals and the colonists. The attempt to translate the aboriginal culture has been a daunting task and Professor Layton kept coming back to the mismatch of perceptions between the colonists and aboriginals.

The fight for land rights was not an easy one. Before the colonists arrived, the clans used to let others enter their estates and hunt or fish, for instance, but they would give them a permission to do so. Additionally, if a clan died out, there was no perpetuity and someone else could settle in that estate. The significance of these elements is observed in the dispute between the Yolngu people and the Nabalco Mining Company wishing to mine on the Gove Peninsula. It led the Northern Territory Supreme Court to hold that the clans did not have an exclusive right in the disputed estate, as the exclusive element was demanded by English law for the recognition of ownership. Also, in general, the land claim process was multi-faceted. It required anthropologists to document the claim, lawyers to check the claimants’ case, a judge to hear the evidence and legal arguments for and against the claim, and only then could a recommendation be made to the Government. The most significant case is the Mabo case on Native Titles, which established the legal recognition of rights that existed before colonisation, if they were not extinguished. However, as you might suspect, it is particularly hard to prove continuous exercise of rights in a colonised country like Australia.

The talk ended with questions coming from the audience on the patriarchal and matriarchal characteristics of the aboriginal clans, the clans’ own way of resolving conflict regarding land rights and the comparison with other native rights movements, for example in Canada and USA. A last remark was made on the current policy regarding aboriginals in Australia and its downfall, as after the sympathetic government policies in the 70s-80s, there is a return to oppression with the 2007 Northern Territory ‘Intervention’ and the suspension of the Race Discrimination Act.

Special thanks to Professor Layton for this thought-provoking seminar, which calls us to reconsider our current stance on the concept of global citizenship. 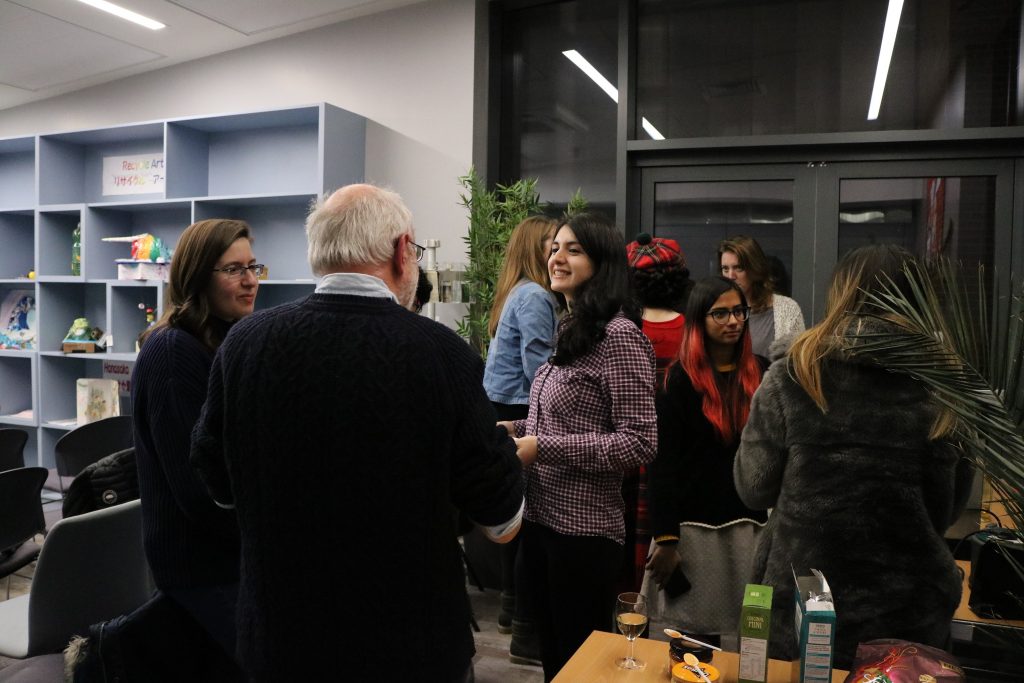