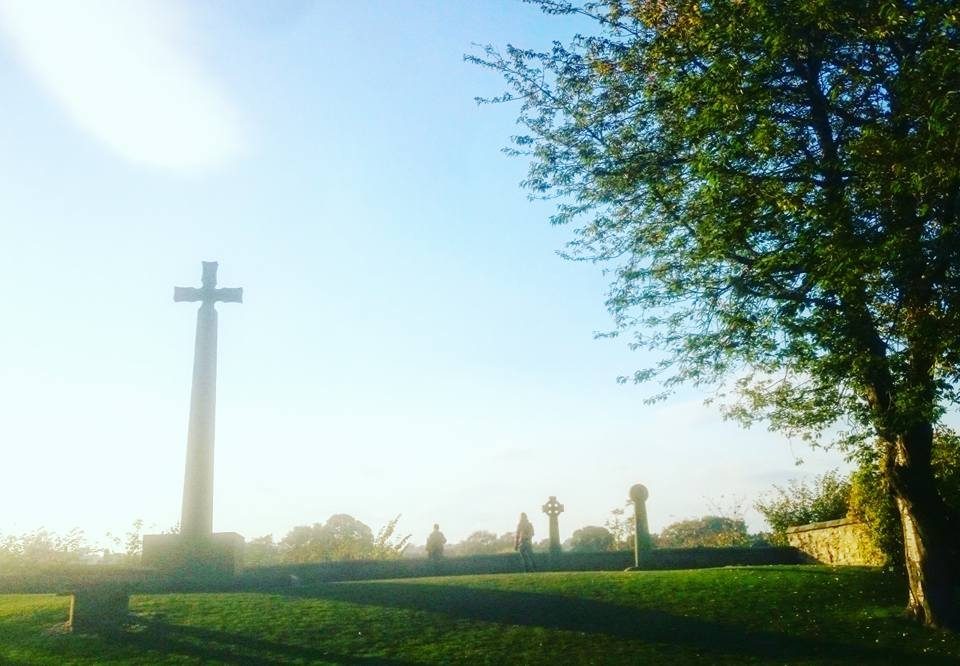 Reposted on 28th October 2016 from  the_ustinovian

The first project for the Café des Arts took place last Tuesday, 25th October. We organised a walk led by Dr Ivan Hill on the History of Crime and Justice through the streets of Durham. The walk took an even portion of history from the medieval to the contemporary and included handouts which illustrated convicted persons, parades and portraits of a bygone city centre to the group. This enhanced the experience and brought to life the stories told by making visible those persons who were either imprisoned, lived, or were executed at a particular place and space in Ivan’s walking seminar.

Despite the awkward post-lunch timing of the walk, we had a tremendous turnout for our first event. We started with 22 persons arriving for the walk from three different colleges, composed of Undergraduate and Postgraduate students, as well as a lecturer in French Language. Members of the general public were also in attendance and their numbers, incidentally, appeared to grow as the walk went on!

The great success in the turnout can be given to the brilliantly interesting nature of the walking seminar. Credit must also be given to the publicity Café des Arts organised in the weeks before. These efforts helped relay the message out to Undergraduate and Postgraduate students, who had either an active interest in the History and Art History of Durham, the Socio-political nature of the seminar or who were using the walk as an orientation tool to better get to know the city that they had just moved to.

The success of the seminar can be measured by the degree in which the participants verbally engaged with one another, actively discussing certain aspects that appealed to them over the post- Q and A time coffee and cake, supplied by the excellent staff at The Dun Cow. These conversations went on for some time, with many students speaking privately to Ivan to discuss in greater detail those concepts, stories and comments that most appealed to them. For future walks, we hope the Race, Crime and Justice Team will be in attendance. They were unable to attend this event, but their presence always compliments Ivan’s walking seminar, creating great dialogue.